TIGER SHOULD HAVE SAID/DONE NOTHING

Previous Next
TIGER SHOULD HAVE SAID/DONE NOTHING 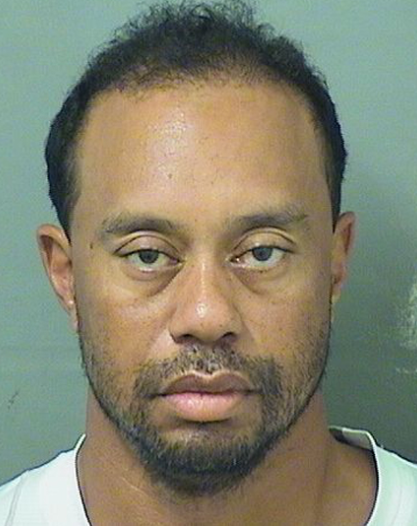 We all know that the police are the good guys and we should always cooperate. That is the myth we are taught as children. The police do in fact help and they are the ones we call when we are robbed or in an accident. But lets not forget their role. They are here to “protect and serve.” Nowhere does it say, or are we taught, You Shall Confess to the Police.” In fact, we are taught in civics 101 about our 5th Amendment Right NOT to incriminate ourselves.So when the police asked Tiger Woods questions, he could have said nothing. After he passed the breathalyzer test (0.00 twice) he should have said nothing. When asked to do road side tests, he should have said no. After he was arrested, he should never have given a urine sample (presumably it will show prescription pain killers he should not have admitted to taking). My point is, you have a right NOT to incriminate yourself and all of these voluntary requests tend to incriminate. Had Tiger woods said no to all of these, where would he be today. You would still be seeing a mug shot, but he would have a much better case. All the police would have had as evidence regarding his impairment was a guy sleeping on the side of the road in his car. Instead, they have. 1. Tiger admitting he is on drugs. 2. Tiger stumbling trying to do tests. 3. Tiger’s urine (probably) showing he had several prescription drugs in his blood. 4. Tiger’s speech slurred. Bottom Line: He should have invoked is 5th Amendment Right and not said or done anything.

In a perfect world, nobody would ever drive a car with any alcohol in their blood. I mean it. I do believe that any amount of drugs or alcohol can impair your driving abilities to some extent. Based on that theory though, anyone who drives with any alcohol, cannabis, Percocet, Tylenol, Xanax, coffee, Ambien or anti-depressants in their bloodstream would be guilty of drunk driving. These are ALL drugs and they ALL impair your normal faculties to some degree. But most people can agree that you should not be banned from driving while drinking coffee, taking aspirin or after taking one sip of beer. So, if you drive after one glass of wine or after taking your daily Xanax, what should you do?

HELP TO AVOID A DUI ARREST

Okay, so beyond never driving with drugs or alcohol in your system, what can you do to avoid getting arrested by an overzealous cop. First, use a designated driver if you can. Second, call a cab if you don’t have a designated driver. If you do drive, here are a few pointers:

If you are stopped by the police, here are some pointers:

▪ Chew gum to cover the smell of the alcohol and have the windows cracked so the car is properly vented.
▪ Have both of your hands at 10:10 on the steering wheel. This will put the cop at ease.
▪ When he asks you for your license, ask him if it’s okay to take off your seatbelt and get it from the glove compartment or your purse/wallet.
▪ When he asks you if you have been drinking, say NO. Do not admit to even a sip of beer or one pill.
▪ If he tells you that your eyes are red, have a very valid excuse ready. Contacts, allergies, crying, tired from working.
▪ If he says he smells alcohol, don’t agree with him. Tell him you do not smell anything. Don’t admit you just came from a bar.
▪ Always be polite and respectful. Do not argue.

Remember, you are being recorded and video taped. He won’t tell you, but the cop has a microphone on his shirt and the dash board camera in his car is recording you. So make sure you look and sound sober. If the cop smells booze and he has nothing better to do, he will ask you to get out of the car and do what are called Roadside Sobriety Tests. These tests can not be done perfect and it will only be used against you in court. Just ask for a lawyer and make sure you look good. Most likely you are going to be arrested for DUI and given a DUI ticket and taken to jail.

Before or after you get to jail, they will ask you to do a breath test. Only do this if you are sure you will not blow over a .08. If you are unsure, ask for a lawyer. Be polite and don’t argue, just tell him you are scared and would like a lawyer. You will spend a few hours in jail, but if you played your cards right, you might get off your DUI. Call an experienced traffic DUI Lawyer to help you. Do this immediately as a DUI traffic ticket is time sensitive.