How Many More Need to Die before Texting & Driving is Illegal?

Previous Next
How Many More Need to Die before Texting & Driving is Illegal? 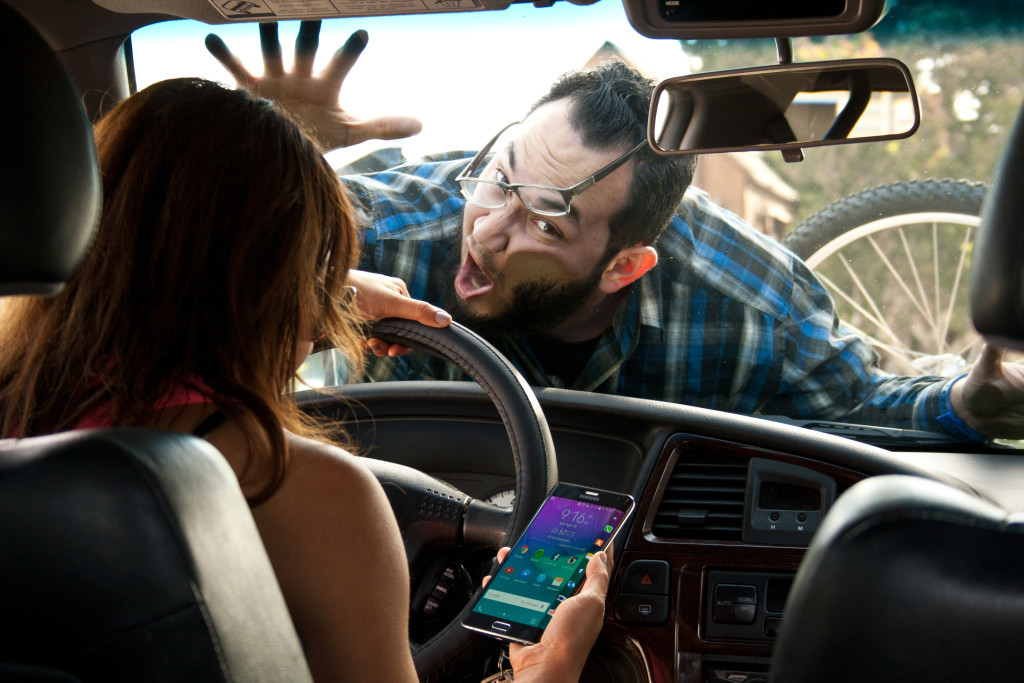 According to the Palm Beach Post, texting while driving is here to stay for now. Several bills in the Florida Legislature that would have toughened laws about distracted driving never had a chance, getting shelved without a hearing before the session ended Friday. Texting while driving in school zones might seem like a bad idea to most people, but legislation — House Bill 47 — co-introduced by state Rep. Emily Slosberg, D-Boca Raton, to give police the authority to ticket those individuals didn’t get out of the gate.

A similar fate befell a second proposal from Slosberg that would have allowed law-enforcement to pull over drivers 18 years old and under caught texting behind the wheel. “They never made it out of the drawer,” Slosberg said. In Florida, texting while driving is considered a secondary offense. That means police must witness a driver committing a primary traffic infraction — such as speeding, running a stop sign — before a citation can be issued for texting. The fine is $30. Attempts to beef up texting laws in recent years have all been snuffed out before they could get to the floor in either chamber. “It would be hard for anybody to vote against these laws, so they don’t give it a hearing,” Slosberg said. “It’s like they’re saying, ‘We want there to be texting while driving.”

Conservative opponents of stricter laws say they impinge on personal freedoms. Meanwhile, some groups fear giving police more discretion to pull over minority drivers.
What’s not open to argument is that distracted driving is a growing killer. Fatalities in the U.S. caused by distracted drivers increased 8.8 percent in 2015 from the previous year, according to the National Highway Traffic Safety Administration. In Florida, 216 people were killed during 2015 in crashes involving distracted driving, the state Division of Highway Safety and Motor Vehicles reported. That’s a dramatic increase from 2011 when only 21 deaths were attributed to distraction.

The problem could be even worse. Officers normally rely on a driver’s admission of texting as the cause of a crash. Enforcement of the state’s current texting law is sporadic at best. The DMV reports that only 3,488 distracted driving citations were issued from Oct. 1, 2013 to Dec. 31, 2015. Because texting and driving is a secondary offense in Florida, the law lacks teeth, critics say. “A driver can be doing everything else right, but he’s texting,” said Anthony Green, director of public policy for Safe Kids Worldwide, a Washington, D.C.-based organization that track’s children safety issues. “Well, a police officer cannot stop them. The driver knows that. And that’s a problem.”

Florida is one of a handful of states that doesn’t classify texting while driving as a primary offense. But a sampling of comments on Delray Raw, a Facebook page devoted to Delray Beach, indicated that many people have the impression that police have the power to ticket texting motorists absent other traffic infractions. “I thought texting while driving was illegal in Florida,” wrote AnnMarie Lynch. “I don’t do it. Too many people have died because of it.”

Traffic safety issues strike close to home for Slosberg. She sustained serious injuries and her 14-year-old twin sister, Dori, was one of five teenagers killed after the car they were passengers in crashed on Palmetto Park Road on Feb. 23, 1996. None of the seven occupants in the car was wearing a seat belt. Irv Slosberg, Emily’s father, got into politics as a result of the crash and pushed through legislation in 2009 that made it mandatory for Floridians to wear seat belts. Prior to that, not buckling up was a secondary violation.
Since taking over her father’s political seat this past year, Emily Slosberg has followed his footsteps by championing traffic safety. “We’re trying to make our roads safer so nobody else has to go through what we went through,” Slosberg said.
“It’s been incredibly frustrating,” Slosberg said. “But I’m hopeful.”

That optimism comes from a study ordered by state lawmakers this past month that could lead to legislative recommendations resulting in tougher texting laws beginning as soon as 2018. Slosberg hails the initiative but wonders if any more data is necessary to convince skeptics that something must be done to curb texting motorists. “I don’t think we need a study,” Slosberg said.