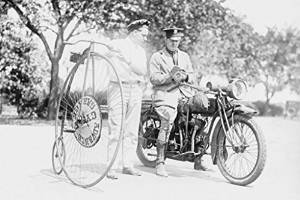 It seems like I hear about pedestrian and bicyclist deaths due to cars or trucks almost every time I read the news, and it seems the driver of the vehicle often leaves the scene.

Why these types of incidents continue to occur in what seems to be with ever-increasing frequency is of some debate. According to a study conducted by the State of Florida Department of Transportation (FDOT), Florida’s pedestrian fatality rates have consistently placed among the highest in the nation. It is possible that one reason for this startling statistic is that it is a matter of continual urbanization, yet relatively little investment in addressing safety concerns. Add to that the number of major highways that are in use in South Florida which pedestrians and bicyclists have to share with motor vehicles and it becomes clear that all of these issues could be determinant factors.

There is, however, a dissenting opinion that raises concerns which addresses the issue of how the fatality statistics are gauged. For example, because there are so many visitors to this state and the climate encourages people to be outdoors, there is greater exposure of bicyclists and pedestrians to traffic.

Another hypothesis is that the length of nights tend to be longer in the south. Walking in the dark is inherently more dangerous and occurs more frequently in Florida due to its relatively warm winters as compared to other areas of the country. The variables of climate and length of day are considered to be the two key components for nearly 60 percent of the variation between Florida’s metropolitan fatalities as compared to other areas. Let’s also remember that the sheer volume of traffic in Florida motivates drivers to seek alternate routes, often leading them to roadways where there is unrestricted pedestrian traffic.

Some of the findings of this traffic study which was conducted from 1998-2000 were quite surprising. There were 353 accidents that involved pedestrians and 61 that involved bicyclists during that timeframe. Of the 353 pedestrian events, 350 resulted in the death of the pedestrians. Sadly, most of these deaths (80 percent) were the result of pedestrian errors. Fifty-three percent were caused by pedestrians trying to cross the road at areas that did not contain crosswalks. Generally when this occurred, 69 percent of those people were under the influence of drugs or alcohol. The likely correlation is that drivers learn to look for people in crosswalks, but seldom do drivers anticipate people walking out from between cars and so forth.

As for driver responsibility, the study showed that 71 percent of the time, poor lighting was a major issue. This confirms the earlier statement that the lack of financial investment into greater safety measures by the State of Florida is a huge part of the problem. Better and greater use of streetlights, crosswalks with pedestrian signals, etcetera could markedly reduce these types of tragedies. These methods, however, only work when pedestrians and bicyclists heed them.

It has been my perception that with the growing use of bicycles as a means of transportation, bicyclists tend to forget that they are not afforded the same safety as if they were in a car, yet they often ride as though they are in a car. Florida General Statute 316.2065 states that

Although the same laws apply to both vehicles and bicycles, I have seen many bicyclists use their added maneuverability to engage in illegal and dangerous behaviors. Also, although recumbent bikes are very popular, many times it is extremely difficult to see them in traffic and their width makes them harder to avoid than a standard bicycle.

Like I tell all of my clients who complain about drivers, walkers and bikers “Would you rather be right or dead”. Assume everyone else on the road is either on drugs or an idiot and drive, walk and bike accordingly.