3 Reasons to Have a Red Light Camera Ticket Thrown Out 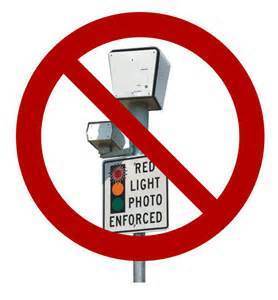 Over the last few years, the State of Florida has gone crazy adding red light cameras. In fact, the cities were setting up their own rules and the legislature had to step in and create some new laws from the chaos. What was never determined though was the legality of these cameras. That question has yet to be determined as I and my fellow lawyers seek to challenge the constitutionality of any camera ticket.

Mainly, whether these tickets violate our due process rights and our right to confront witnesses etc. But, today they are legal and spreading like wildfire. It reminds me of the gold rush. Cities all over Florida are jumping on the bandwagon because they see red light cameras as a source of revenue. They say its for public safety but everyone knows it is only about the money. The good news is that we are still fighting these tickets and getting more and more red light camera tickets thrown out and dismissed. Below are just a few of the arguments we make in Court to have red light tickets dismissed.

1. Was the photo of the tag blurry?

When we go to court, the State of Florida must have some person to testify in Court about the picture and other evidence. Very often the pictures are not entirely clear and we challenge that fact. But the state needs your money, so some bureaucrat takes a guess at what the tag number was and you end up getting a ticket for something you did not do. It wasn’t even your car, but you got the ticket. It’s so unfair that I have clients that are wrongly accused and they must now spend their time and money proving they are innocent. It’s supposed to be the other way around. We are all taught innocent until proven guilty. These cameras turn the Constitution on its head. If we can convince a judge that there is a reasonable doubt as to the veracity of the picture, we can usually get the ticket dismissed.

2. Was It My Client Driving the Car?

Here is another major problem with this program. The law assumes that the person driving the car is the same person the car is registered to. Thus, when the red light camera took the picture of the car, they assume the owner was the one who blew through the red light. Of course, this smacks in the face of reality. Couples, roommates, friends, co-workers all share and lend out their cars. Thus, how can the State prove that it was you driving the car. Another unintended effect of the law is that people must now rat out their family and friends. That’s right. In the old days, the defendant did not have to do anything in court. The burden was on the State to prove everything. This law now puts the burden on the defendant to prove it was someone else. Think about how crazy this is. If you were charged with robbery, the State would have the burden of proving you did the robbery. They must prove it was you in the store, holding the gun and leaving the scene. You would not be responsible to prove it was not you and give the State an alternate person. With red light camera tickets, the State assumes it was you without having to prove it, and you must prove it wasn’t by turning in your wife, son or friend. This is not what America is supposed to be like. Sounds like something you would hear about in North Korea or the old Soviet Union.

In an attempt to at least comply with some of the basic laws set forth in the U.S. and Florida Constitutions, one requirement is that there be signs around the cameras to notify citizens of the cameras. However, these signs are not always visible and are oftentimes missing. Most people don’t know this, but the cameras installation, maintenance and processing is done by a private for profit company. This company has convinced dozens of lawmakers that red light cameras are a way to make their cities a lot of money. Of course the private company is making a mint on you as well. But, like any large company, they make mistakes. Once they get the cameras installed, they tend to neglect the machines since they are selling their snake oil to the next gullible legislator. In any event, if the signs are obstructed or otherwise unreadable, we can often have the ticket dismissed. We also challenge the actual workings of the camera. For instance, they must prove that the duration of the amber light was long enough at that particular moment you rolled through the light. At least the State has to do something to get your money.

Fortunately, a lot of cities are starting to wake up. They are seeing that the millions of dollars promised to them has not been realized. They also have been getting a lot of complaints from citizens and businesses who say they are unfair, unlawful and nothing but another tax. More importantly, the statistics are suggesting that red light cameras actually cause more accidents then they prevent. Because people panic when they see the camera; they lock up their brakes and get rear ended. Hopefully the trend will shift and cities will start uninstalling these Big Brother – like eyes in the sky

Jason Diamond is the Founding Partner of the Traffic Ticket Team. Jason has been practicing law in Florida for over 18 years. His Attorneys have over 50 years of combined experience and have handled over 1,000,000 traffic tickets in Florida. Jason has given legal ticket clinic seminars throughout Florida ranging from topics on “How to Beat a Florida Traffic Ticket” and “What to do When You Get Pulled Over for DUI in Florida.”